New interesting article by Mile who wanted to tell us about an experiment he did with replacing the excitation system of turbogenerator type ТВВ-200-2А with thirystor based excitation system.

You wonder what he found, right? Then check his article now:

The excitation system of great sources of electric power is one of the most important factors in every power system. In REK Bitola, the turbogenerators are equipped with excitation system with high frequency AC excitatory and automatic voltage regulator made of magnetic amplifiers. The excitation system gives the necessary current to the rotor of the generator in all modes of work. 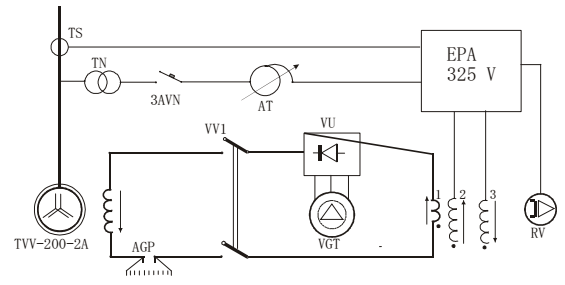 The excitatory is practically a high frequency induction generator with three phase coils that are placed in the 96 channels of the stator and connected in ∆.

The rotor doesn’t have windings. When the rotor is rotating, in the air gap of the excitator we have induced electromagnetic force in the coils. The magnetic flux is result to the flow of DC current in coil 1 or so called self-excitation coil. On picture 2, you can see the construction of the exciter. 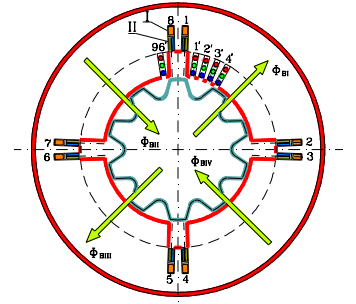 Thyristor based excitation has the following advantages against the actual excitation system:

The crucial benefits of replacing the excitation system are:

Technical and economic analysis of the investment

I have made analysis and divided it in two parts. The first part of the analysis are the maintenance costs and the second part are financial losses because of problems in the production process (loss of produced electrical energy).

I will try to bring out some facts about the maintenance costs of the excitation system. In the past, we had some problems with regular annual maintenance of the actual excitation system. It took long time to repair and put back to work that system. The new excitation system provides detailed diagnostic throughout the whole period of work, thus giving us detailed report about any eventual problems that may occur. In case of regular maintenance, the difference between the two types of maintenance is approximately 600 hours of work. If we multiply it by 10 EUR per hour (average price), we would save 6000 EUR and in addition 7500 EUR for setting up the parameters of the system, which in total gives us savings of 13.500 EUR.

The financial losses caused from loss of produced electrical energy are approximately 1.030 MWh. If we multiply this quantity with the market value of 75 EUR/MWh, the total savings for this point would be 77.250 EUR.

If we summarize, the both analysis give us savings of 90.750 EUR annually.

You would probably wonder how much it will cost, and how long will be the ROI (Return Of Investment). The whole system costs 492.444 EUR and the ROI period is 5.8 years.

The benefits of having this kind of equipment in REK Bitola are enormous and important for the overall production process.

The most important benefit of all is the fact that this kind of equipment will continue the generators life for at keast 120000 hours of continuous work.

Thank you very much for your attention,
Mile

Thank you Mile for your original content! What’s your feedback on what you’ve just read? Comment below.