Circuit Breakers explained on a series of tutorials. That’s what Nasir, one of the member of the community decided to do. Here’s the 6th part, we hope that you enjoy his contributions.

Medium voltage circuit breakers are the ones which operate on voltage levels around 400 volts to 15kV approximately. The reason they are named so is that extremely low voltage conditions are not suitable for them to operate properly, neither a very high voltage helps them perform their operation accurately. So a medium voltage level around this figure is normal for them to operate on.

One thing that is different about the medium voltage circuit breakers is that unlike most of the types of these breakers, they can be operated manually as well. The reason behind this manual operation is that since they can also operate on voltage levels below 600 volts, and this thing gives them the incentive to be manually operated.

It should be kept here in mind that only the circuit breakers which can be operated on voltages lower than 600 volts can be manually operated. 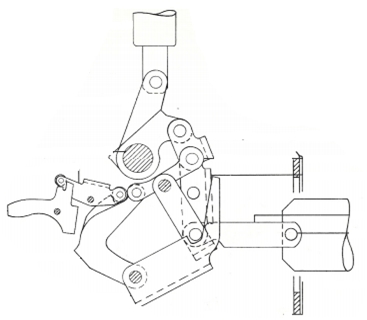 So the next thing that I would like to describe is their mechanism for manual operation, as it has not been discussed so far. For this purpose the manual breakers are designed with an operating handle on the physical body of the breaker, normally at the front.

When this handle is moved it moves the closing spring and hence the bimetallic contacts attached to it also moves and closes. In this way a closed path is formed for the current to flow. I normal condition, the path is open and the current cannot flow.

Other than manual operation, these circuit breakers can also be electrically operated as the other breakers, with a solenoid or some other energy storing mechanism.

In the solenoid operated mechanism a coil gives an electric signal to the solenoid which then opens or closes the contacts according to those signals. In the similar way, in a storing energy mechanism, a charging motor is used to charge the spring so that it can close its contacts when the signal is provided to it.

On the closing of contacts in any case, the operation of the circuit breaker will be the same, i.e. it will start conducting current and the current will flow to the external circuit.

A Solenoid Operated circuit breaker is shown in the figure below: 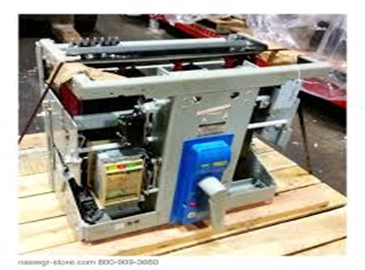 Furthermore, we can classify the medium voltage circuit breakers according to the actuating signals they use to actuate the arc.

So there are three types of Medium Voltage Circuit breakers on these bases, which are:

This was all about the medium voltage circuit breakers. Hope their working and types are now clear. In the same way we are going to discuss the magnetic circuit breakers in our next tutorial. So keep visiting to stay updated.