As we now know, there are many types of inverters available in the market, with different outputs and a wide variety of power ratings. So the next question arises of deciding which type to choose for your needs or which type of inverter to buy?

That’s what Nasir is going to explain for this new part of his tutorial about Inverters.

When such a large variety is available in the market, it becomes more and more difficult to choose from them. So a complete guidance becomes really necessary in such cases.

Since there is some equipment which only operates properly on true sine wave like digital clocks, variable speed motors etc, so for this type of equipment, pure sine wave inverters are the best option to use. 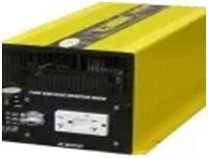 Contrary to this, there is some equipment which can accept a bit of voltage fluctuations and would not undergo any damage in case a continuous voltage or pure sinusoidal voltage is not supplied to them. For such type of equipment, we can use a modified sine wave or quasi square wave inverters.

The only drawback is that power fluctuations occur and a pure continuous sine wave is not available at the output.

Now, one more thought to ponder over- Among these types of inverters, there are many sub classifications as well. These sub types differ due to different power ratings, inverter’s capacity, and the capacity of the battery and the ratings of the equipment with which we have to use the inverter.

So the next step is to calculate your power need and decide accordingly the power rating of the inverter you want. This can be done easily, by adding up the total power of the total load with which you have to use the inverter. The power ratings of different everyday use equipment are shown in the table below: 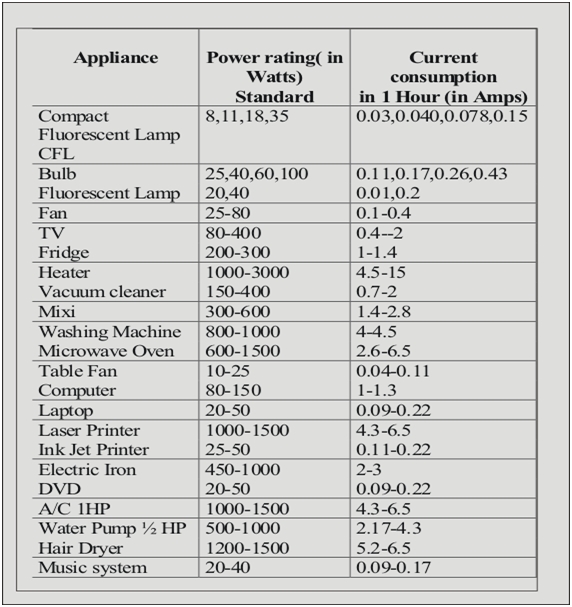 After the power has been calculated, you can move on to calculating the inverter’s capacity. This can be done even more easily, but dividing the power rating by the power factor and getting the required result. Afterward, you can calculate the capacity of your battery by the following formula:

After all these calculations have been done, you are free to go and choose the inverter; whose values and ratings are the nearest to your required values.

So I hope now selecting the right type of inverter is an easy task and will help you make the right choice. So keep visiting us for some more information and guidance, as we I will be moving to multi-level inverters next.