With everyday advancement in technology, researchers are always trying to find cheap ways to generate energy. They are trying to find means to produce electricity by using wasted or small energy resources. There have been a lot of discoveries as a result to those efforts among which one is to produce electricity by using motion in our surrounding world.

You may have noticed when you rub a comb in your hair, an electric charge is produced. This is triboelectric effect. When two different kind of plastic materials come in contact, they produce electric charge. This charge is captured and used to generate electricity. 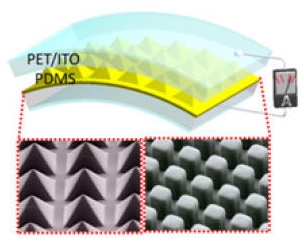 Invention and Functioning of Triboelectric Generators

The energy produced by piezoelectric generator during the experiment was much more high than expected. Investigations revealed that the extra excessive amount of current produced was due to the incorrect assembly of apparatus that resulted in accidental rubbing of two polymer sheet. These rubbing sheets produced triboelectric effect resulting in the production of electric current.

These generators can use energy produced even by walking or touching. In triboelectric generators, two sheets of polyester and polydimethylsiloxane are rubbed together that act as two electrodes. Polyester sheet donate while the other sheet accepts electrons produced. After rubbing these two sheets, they are separated instantly generating a gap between them that separates the electrons on polydimethylsiloxane sheet and generate positive and negative charges.

The two sheets (electrodes) used should be of different material. Rubbing surfaces of same material will not create a charge. If an electrical load is connected between two electrodes in this circuit, there will be a small flow of charges to equalize the charge. Therefore small amount of alternating current can be produced. An external source is used to press and slide the two surfaces together. 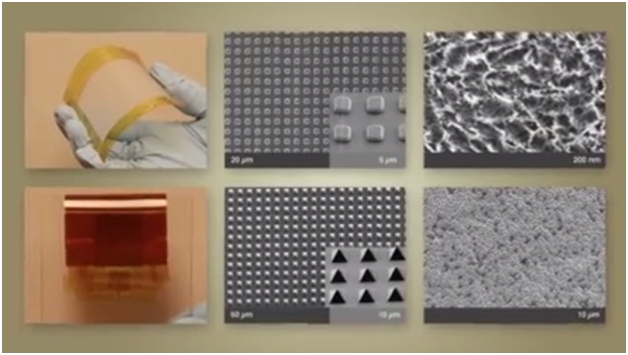 Research and Applications Involving the Use of Triboelectric Generators

The researchers are now trying to use this technique to create a self-powered active pressure sensor that can be used with organic electronic systems. This would be so sensitive that it can detect as low as 13 millipascal pressure. Hence it would be able to detect even a small feather or water droplet and produce small amount of current that touches the surface of generator.

Moreover, as this device can be transparent up to 75 percent so this technology can be used in touchscreens that will generate their own power on touching, using the vibration produced.

The George Tech research team conducted more and more experiments in an effort to increase current produced by this method. They discovered that smooth surfaces if rubbed together produce less amount of current as compared to surfaces patterned with pyramids. These micro-pattern surfaces can produce up to 18 volts at almost 0.13 micro amperes per centimeter square. This is because there are air voids created between pyramid patterns that facilitate the charge separation and enhance capacitance.

A large number of inexpensive materials can be used in the production. Polymers, papers and fabrics etc are cheap and easily accessible resources that could be used. Moreover, Wang is trying to modify them to work without an external power. These generators are strong enough to keep generating electricity even after 100,000 cycles of operation. 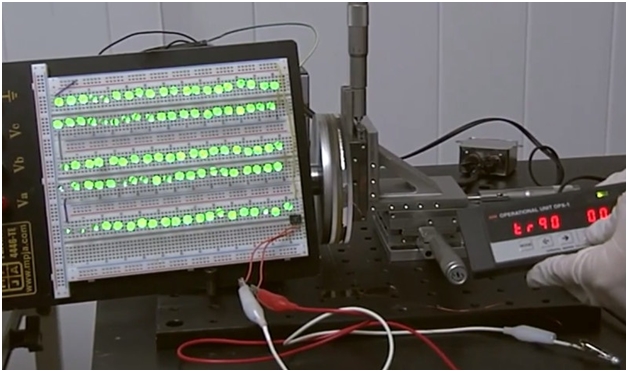 Wang claimed that friction is present all around us so we can use this principle in large number of devices. They intend to use these triboelectric generators as a supplement with zinc oxide nanogenerators.

Professor Bo Meng from peking University Beijing, created a mobile phone using triboelectric generator which uses electrons produced by our body. This device is named as Single-friction-Surface Triboelectric Generator. When a finger or layer taps the surface of mobile phone that is layered with conductive materials, it produces a charge, causing electrons to move from skin to mobile phone.

Repeated tapping causes these electrons to move towards the generator hence producing electric current to charge a phone. They also discovered that the electron production on contact with is more than previously used grounded electrodes in such generators. 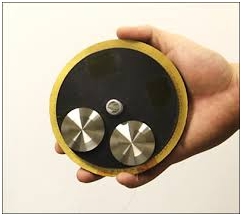 With every passing day technology is improving. Researchers are now trying to use this simple technology to produce electric current on large scale, as this method is inexpensive and simple. Let’s just see where these researches would lead us.