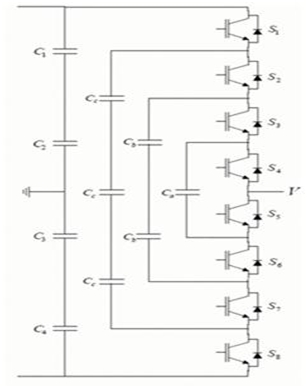 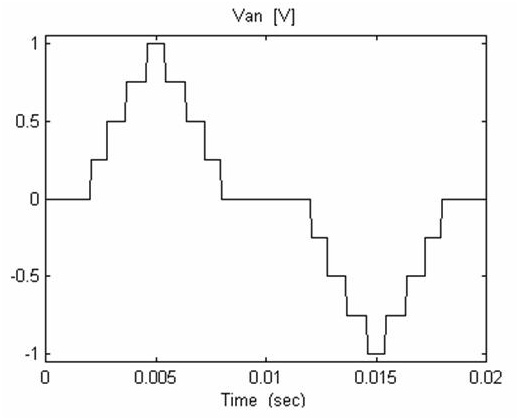 One of the major advantages of using a Flying Capacitor Multilevel Inverter is its ability to operate at voltages higher than the blocking capacity of each power cell consisting of diode and switching element.

Current co-efficient of each limb is equal and opposite in polarity. That is why there is no net change in the charge of capacitors.

To synthesize a sinusoidal waveform at the output, switching strategy needs to be defined. It is quite simple. Every voltage is applied at output with a certain electrical angle. Careful application of the angle gives low harmonic distortion and required amplitude at the output.

More than one switching strategies are available for a single voltage level. Three conditions should be followed for the right choice:

Each branch can be analyzed separately and individually.

Pre charging of capacitors is necessary and difficult.