What is a fuse? 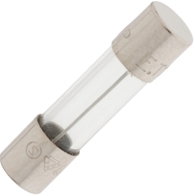 The basic purpose of the fuse is to protect and is composed of an alloy which has a low melting point. A strip of this fuse is placed in series with the circuit. The working principle is that if the current is in excess then the strip would melt and break the circuit. There are different variants of fuse boxes available with different types of circuit breaking. For instance, in the case of slow blow fuses, a small overload is carried for some period without the circuit been broken.

Other fuse boxes are designed to break the circuit rapidly. The selection is based upon the kind of device and also the fluctuation level of the current.

The main components of a standard fuse unit consist of the following items:

The major two categories of fuses include:

In order to understand Low voltage fuses better, we can further classify it further into: 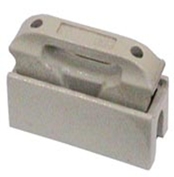 This kind of fuse is most commonly used in the case of domestic wiring and small scale usage. Another name for this type is the KIT-KAT type fuse. The main composition is of a porcelain base which holds the wires.

The fuse element is located inside a carrier that is also made out of porcelain. It is possible for you to remove the fuse carrier without any risk of electrical shock. Normally what happens is that when the fuse blows, you can replace it without having to change the complete thing. 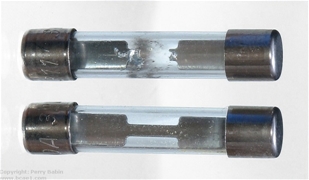 When there is an over surge that causes the fuse element to blow off, you can replace it. A new fuse carrier is inserted in the base.

The main advantage of this type of fuse is that it is easy to install and also replace without risking any electrical injury. But there are certain shortcomings associated with it too. For instance, with this fuse you would have an element of unreliability. There is a level of lack of discrimination and a small time lag, which may hinder its functionality.

With a slow speed of operation, you also get a low rupturing capacity.

Other types have current limiting features, and this one does not.

All this being said it is still a valuable fuse device for small scale usage. 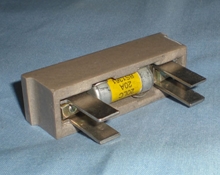 In this type of fuse, we have a completely closed container and there are contacts (metal) on either side. The level of sub division in this case includes:

In Link type, we further have a knife blade type and a bolted type.

D Type Cartridge Fuses: This cannot be interchanged and comes with the following main components: fuse base and cap, adapter ring and the cartridge.

The fuse base has the cap screwed to it and the cartridge is pushed into it. The circuit becomes complete when the tip of the cartridge is in contact with the conductor. In this case, the main advantage that we get is that of reliability.

ANL kind of fuses is mostly used in cars for the audio systems. They are available in various sizes. As opposed to others, this one has no wire terminal block.

How to check the fuses? 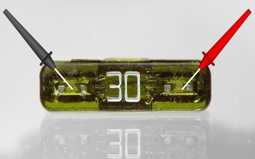 In order to check the fuse, a probe is used with readings from the terminals. The correct functioning would be when the value is 0V DC. The fuse should be checked with the voltage being supplied.

In cases, the value you are getting is higher than 0V DC, this means than there is a need to remove it.

The main usage of fuse is for the protection of the circuit. In a real term scenario, the current flowing through the wires may not be uniform at times. In such cases, your device could get overheated. There is also the chance of a fire if the fuse is not installed.

While the technology has advanced with the usage of circuit breaker, fuses are still used in a number of places like cars and basic electrical components.

What’s your opinion on this short overview of electrical fuses? Do you need clearer information? Do you want to add something?