Earth Leakage circuit breakers are the breakers that are used to detect the leakage currents that are produced due to circuit connection faults or other factors and are leaked to the Earth, causing severe shocks and fatal outcomes for the humans.

No doubt, that it is true to some extent, but here’s the explanation:

Earth Leakage Circuit breakers were previously classified into two broad categories which were as follows:

These two types, both falling under the category of Earth Leakage circuit breakers ELCB were often not properly distinguished and confused with one another, resulting in problems such as the use of one type in place of another.

So the first one of this category, that is the Earth Leakage Current Circuit Breakers were named as the residual current circuit breakers, so that they could be properly differentiated by their name and the function of both these types of circuit breakers could be clearly distinguished and the proper one would be used in its place.

The later one is now commonly termed as Earth Leakage current circuit breakers.

Since we have now already studied the Residual Current circuit breaker, which is the former one of this category, so here I am going to discuss the Earth Leakage Voltage Circuit breakers. 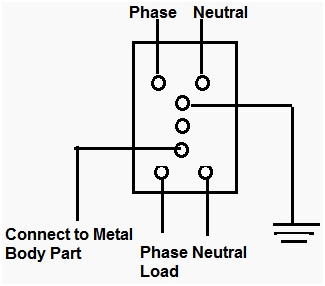 The function of Earth Leakage current circuit breakers is more or less similar to the Residual Current Circuit Breakers, the difference lying in the fact that they operate on voltages and trip over for breaking the circuit when a very high current passes through it.

In case if the wiring of the circuit is disturbed or some fault occurs in any component of the circuitry, then some of the voltage leaks to the earth, creating a voltage difference between the component and the Earth.

We know that an electric current is produced where a difference of voltage is present. In case that the leaked voltage creates a very large difference, the value of current produced becomes very high which can be very fatal for anyone who comes in contact. A relay is attached to this circuit breaker circuitry, which instantly trips over as soon as the value exceeds 50 – 60 Volts. This prevents the person operating the circuit rom dangerous electric shocks which could otherwise have been produced from the leakage voltage.

But these Voltage ELCB’s have their own advantages as well, which include their being prune to faults, hence less sensitive. They also trip over if there is a least proximity of voltage difference even through a distant contact, so they are safe as well. 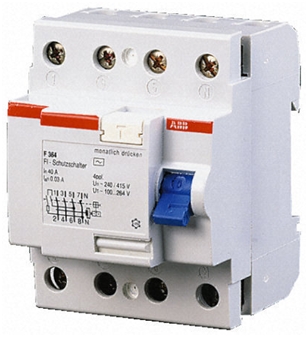 This was all about ELCB’s. In the next article we are going to study another very important type of circuit breakers, known as Autorecloser. Stay tuned till then.