This topology was first proposed in 1981. They are also known as neutral point inverters. In 1992 a lot of research work was published on Diode Clamped Multilevel Inverters.

They have their fair share of advantages and disadvantages tied to them but then again, our firm faith in scientists and researchers has kept us calmly waiting for the better version of what we see today. 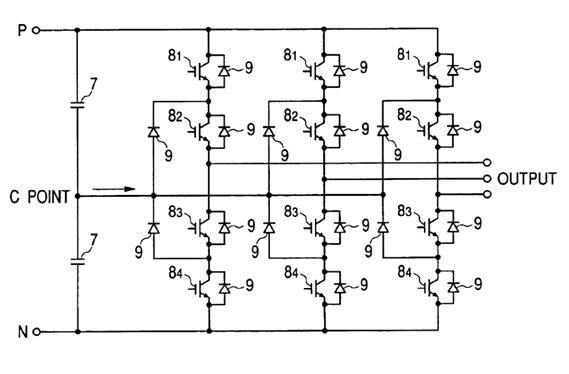 A 3-Level Diode Clamped Multilevel Inverter’s circuitry is shown above. If I try to define the initial target of this inverter, then it would be as simple as converting the DC voltage, which may come through any source even natural resources, into the capacitor voltage.

Moving towards the features of Diode Clamped Multilevel Inverter: 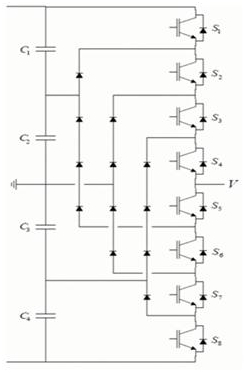 Keeping in mind the popularity graph of this topology and the number of times it has been proposed by different researchers, I can confidently say that it has many applications. Few of its major uses have been mentioned.

A lot of research work has been done and is available in detail. For a surface introduction, this article will be sufficient, but our discussion doesn’t end here this way.

A lot more is on its way to keep you people updated. So keep visiting us, multi-level inverters doesn’t end here.