Hi there, here’s the last but one part of Nasir’s tutorial on transformers. The last one will be about “3 Phase Transformers”. Hope you’ll enjoy it and find it helpful.

Current transformers can be defined as the type of instrumental transformers which are used to convert very high currents which can burn or cause damage to measuring instruments like ammeters or other small devices like relays, into lower current values, which are in direct proportion to their higher, primary current values.

In this way, current can be easily measured through the device, and as it is directly proportional to the original high current, the true and precise values of current can also be found without damaging the instrument.

The secondary current differs in the phase angle from the primary current in a very small value which can almost be approximated to zero if the direction of the connections are appropriate.

On the basis of the output supply, the current transformers can be classified into two categories:

Depending upon the range of current that a current transformer can measure, they are of 3 types:

Construction and Working Principle of a Current Transformer

Like the conventional transformers, a current transformer also consists of three basic parts that are the Primary winding, a magnetic core and the secondary winding. The basics of the working principle are also the same, i.e, when current is supplies to the primary winding, it produces an alternating flux in the core, due to which an alternating current is also induced in the secondary coil. 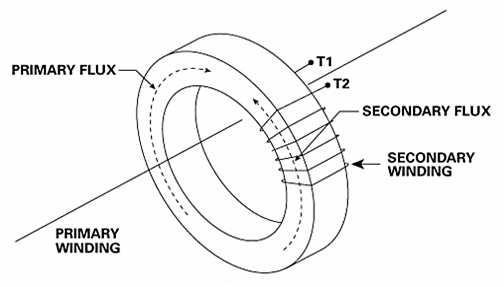 The core is chosen of a low loss magnetic material on which the secondary winding is wound, so that the flux density is low and the current can easily be stepped down to the required level.

The secondary winding is then connected to the output measuring device or any other device to which we had to supply the output.

This connection is made as shown in the figure below: 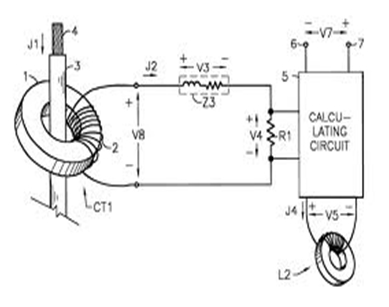 Applications of a Current transformer