Milan is one of the members of the Electrical Engineering Community blog. Today he wants to tell you about circuit protection devices… Key word: PROTECTION. Read his essay below to know all about this topic.

Hi everybody, so what we can do to make our electrical circuit safe?

For instance, when we have extensive current flow due to short circuit, it is a damage that will cause heat increase and a serious damage will happen. The result is that heat will burn installation and produce more power looms and maybe cause electrical fire on aircraft.

The fire is serious problem and engineers will give their best to prevent that situation from happening on aircrafts. Hopefully, we have devices that protect our electric circuits with:

Beside these circuits protection we have other devices that protect situations such as reverse current, over/under-voltage, over/under-frequency, phase unbalance, etc., but that is out of scope for this topic.

A fuse is a base element for short circuit protection. It is designed as thermal device with low melting point element engaged in glass or ceramic case.

In terms of safety, the fusible element has much lower current carrying capacity, and in case of short circuit it melts and interrupts the circuit.

There are various materials used as fusible element, like tin, lead silver, bismuth and other alloys of these materials. In practice, for emergency circuits deployed in aircraft landing section for example, there is need to implement fuses with highest rating possible consistent with cable protection.

In deployment it is necessary to install fuses near to power source because we need to protect full length of wire. In typical aircraft installation we have fuses for AC and DC sources. These fuses are heavy-duty fuses.

Beside that, the devices have their own fuses so we can say that we have double protection, one for aircraft electrical circuits and another for device only. The Picture 1. shows difference between heavy and light-duty fuses. 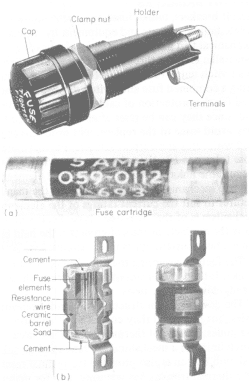 Current limiters obviously limit current to some defined value. We have two types of limiters. One is similar to heavy-duty fuses, they are thermal devices but have different time to current characteristic.

Another is limiting resistor. Limiting resistors are used to protect DC circuits where starting/initial current is very high, for example starter engine. These limiters are mostly incorporated with starter generators, and when the highest current occurs, the limiter is incorporated in series and then switched off when the current is on safe value. As you can see in the picture 2, one current limiter is installed in turbine engine starter motor.

Electrical current in initializing is around 1500A. Limiter is mounted across the contacts of a shorting relay which is controlled by time switch. This method is called ”shunting”.
When starter switch is on, current form main busbar flows through coil of starting relay and is energizing it. At first few seconds current is passing directly to the starter motor and limiter is off. Then, closed starting relay closes the circuit to time switch and also to starter motor through the limiter resistor.

Limiter resistor is implemented to reduce current in initial starting by motor. Further, after pre-determined time interval, which allows acceleration of motor, torque load decreases and time switch closes the circuit with shorting relay. When the process of initializing is ended, and motor has constant speed, the power supply circuit is switched off. 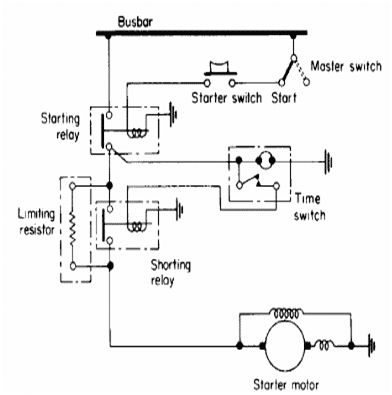 Circuit breakers are different from fuses and current limiters and they are electromechanical devices that interrupt and isolate circuit in case of failure. The working principle is that it is actuated by heating of bi-metallic element through which current passes to the switch unit.

So, we can consider them as fuse with switch capability. It is simple to use and it helps a lot in maintenance. When we have a failure it is possible to repair that malfunction and to give a verification by circuit breaker, because it will not allow the contacts to switch unit if fault current exists in the circuit. 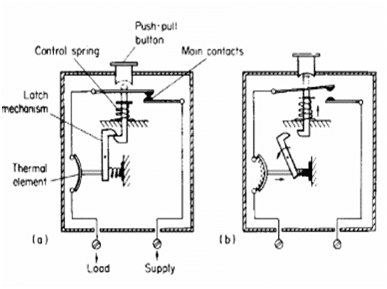 As you can see from the Picture 3, normal operating position is shown on the left, when contacts are closed.
If the current exceeds the normal temperature value due to short-cicruit, the thermal element is going to be destroyed and pull the latch mechanism and push the button. It is interesting that we have temperature dependency on circuit breakers.

So if we have circuit breaker set on 6A and the operating temperature is +57ºC it would pass 160-140%(7-9A) higher electrical current for period of 30s. So it wouldn’t immediately break the electric circuit. Please see picture 4 which describes temperature dependency of circuit breakers. 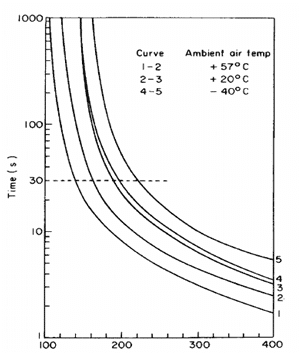 Circuit breakers are typically mounted on panels. Mostly there are separated panes for AC and DC current. In AC deployment there are three-pole circuits’ breakers and in case of malfunction in any phase all three buttons will pop simultaneously. Circuit breakers panel is shown in the picture 5. 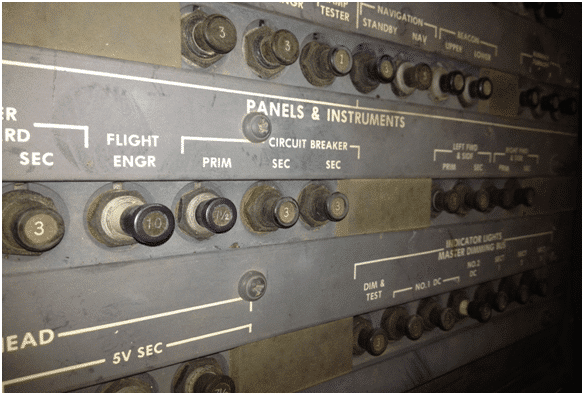 At the and we can conclude

Circuit based protection is very important due to the fact that high current will cause serious damage. It is obligatory to determine the reason that caused malfunction.

One of the top mistakes in practice is use of incorrect circuit breakers or incorrect wire length. If the breaker has higher current value, the wire will overheat, and if it is too small the breaker will immediately switch off the electrical circuit.

Thanks for reading,
Milan.

What’s your impressions on that back to basics type of article? Do you have anything to add? Please share it below