Importance of Arc in Circuit Breaker 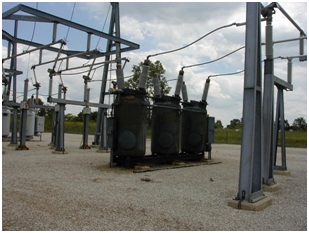 On the opening of the two current contacts a gap appears between them. An arc acts as a bridge between the contacts thus providing a low resistant to the flowing current.

The arc is quenched for a few moments at current zero every time when considering the alternating current. Once the current zero has crossed, the next cycle of current starts and it is during this time that the media in between the contacts gets ionized again. Therefore the arc present in the circuit breaker is again restored. In order to completely interrupt the current flow the re-ionization of the media between the contacts should be halted.

If the arc is not present in the circuit breaker then it may so happen that a rapid and unexpected interruption will occur in the current. Due to this large amount of switching over voltage will occur which may lead to damaging of the insulation gravely. The role of the arc is thus to aid the conversion of the current carrying state of the contact into the current breaking state. 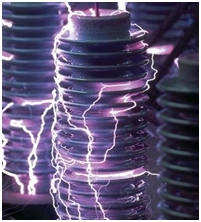 In case of increased pressure, the gas particles come closer to each other which mean that there will be increased amount of collision of the particles with themselves and the walls of the container in which they are present and this leads to the decreased mobility of the particles. Mobility has also been found to be directly proportional to the aggregate current provided by the charged particles. In short it can be said that the temperature, pressure and the nature of the gas all play a role in the mobility of the gas particles which in turn controls the amount of ionization of the gas.

The degree of pressure of ionized medium which is present between the electrical contacts affects the intensity of the arc column and so requires greater attention. 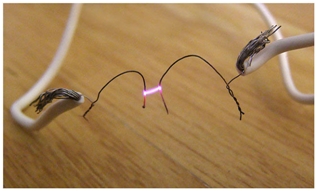 One technique of arc quenching is that the dielectric strength of the medium is swiftly and rapidly increased so that the arc does not get time to re-store itself. In order to achieve this any of the two methods can be adopted: one being the deionization of the gas between the contacts or its replacement with fresh and cold gas.

For the de-ionization of the gas below mentioned two ways can be adopted. Deionization due to:

When the pressure is increased the gas particles come closer to each other and the path available for their movement is decreased, increasing the particle density. As an outcome the mobility of the particles is reduced thus greater voltage is required to sustain the arc. Greater the particle density suggests that there will be more recombination of positively and negatively charged particle and thus high rate of de-ionization of gas.

When the temperature of the gas is increased greater collisions occur among the gas particle and ultimately greater ionization rate. But if the temperature is decreased the reverse situation occurs which is decreased rate of ionization. The cooling effect as a result acts to increase the resistance of the arc.