In the last article, multilevel inverters topologies have been well discussed. Now that you know them, their design and their applications, let’s see what Nasir has to say about some of the most important ones.

One of the basic and well-known topologies among all multilevel inverters is Cascaded H-Bridge Multilevel Inverter. It can be used for both single and three phase conversion. It uses H-Bridge including switches and diodes.

At least three voltage levels are required for a multilevel inverter. This can be accomplished by a single H-Bridge unit in Cascaded H-Bridge Multilevel Inverter. To keep the discussion snappy and clear I will go with the major points of this topology and also its advantages and disadvantages compared to other topologies. 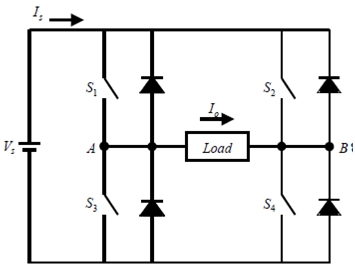 One of the major issues with Cascaded H-Bridge Multilevel Inverters is that we need separate DC sources with each leg. Well it might look that separate DC source will create a mess or increase the components, but it is fairly necessary. Because same DC sources can give multiple configurations that result in short circuit. 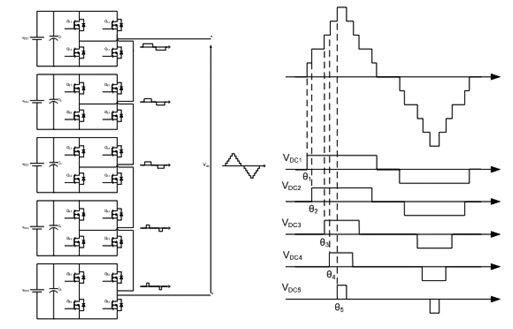 As the name suggests this multilevel inverter uses full H-Bridges connected is series to produce inverted AC from separate DC sources. These DC sources can be any natural resource such as sunlight or wind energy or anything.

This was all about cascaded H-Bridge multi -level inverters. Due to their advantages they are often used now-a-days. More of the inverters types are still there which are extensively used and will be discussed in the upcoming tutorials. So keep visiting to know more about them and their uses and advantages as well.