No doubt that many of our smaller appliances work on DC as well, as it is really useful and provide the best results in some cases, but then most of our electronic equipment work on AC and it is the AC power that is supplied in our houses and that’s the reason why bigger appliances are designed to work on AC voltages.

Another reason is the fact that DC cannot supply sufficient volts as many as large appliances require. So AC power is very crucial. Due to this reason now-a-days, inverters find diverse uses and applications in daily life, due to their function of converting DC to AC.

As we know that an inverter takes current from a battery, which is usually 12 Volt Dc, as batteries usually produce DC power, and then after passing this current through a 50Hz processor, it converts it into the normal 220 volt Ac which is commonly used here.

In case we want to power a small appliance like a mobile charger, an LED or some small radio, then that 12 volt Dc power would be sufficient enough. But if the question is of a bigger appliance, like a fridge, TV, Laptop or something like that, then we surely have to make use of AC power since most of our bigger appliances are designed to run on AC.

In such cases, inverters are of great use, especially if the appliance is not powered directly from a switch board or is acquiring power from a battery or some sort of DC producing devices.

The process of conversion is shown through a block diagram as follows: 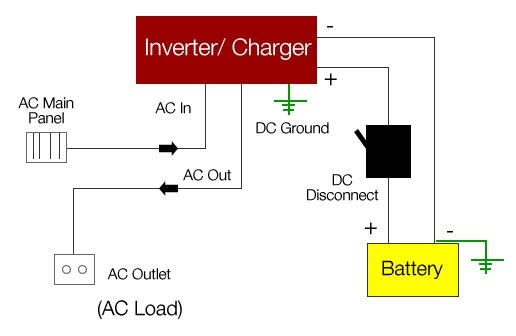 Use in Solar Panels

Other than these, bigger inverters are also available which can run on 24 volt DC as well and deal with higher currents. Other than batteries, we know that solar power is becoming the new trend now a days, since it is cheaper, economical and hence more affordable.

So it is needless to mention here that inverters find their diverse uses in solar panels as well, as the solar panels produce DC, which then needs to be converted to AC by the help of inverters.

This thing can be shown below: 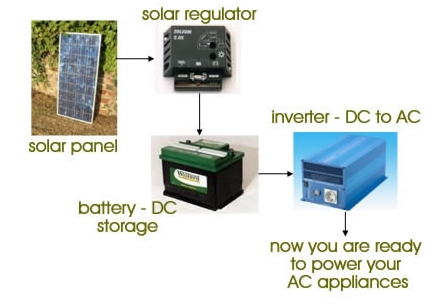 Use in fuel cells and UPS

Another very common use of inverter is in fuel cells, as they also produce DC power which later needs to be converted to AC for use in electronic equipment.

Similarly, we have seen that UPS (Uninterruptible Power Supplies) are a very common trend now a days due to load shedding and a need of an uninterruptible power to sensitive equipment for domestic or commercial uses.

A Ups uses a set of batteries along with an inverter to supply power when the main power is no longer available. 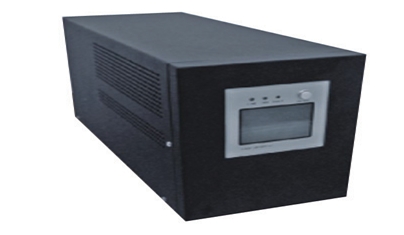 These were some of the most common examples, in which inverters find their extensive uses in everyday life. Much more of it is still there through which we can estimate the necessity of using inverters in more than half of the electronic equipment.