We recieved a very interesting article by one of our readers living in Kenya. Check what he has to say about vandalism of electrical equipement in his country.

You too can send us testimonies and more by mail.

I live in a small town called Kikuyu population, 300,000 (most of them lively people) near Nairobi, Kenya. Well, the factors that test our lively nature include frequent power losses, transformer sabotage and vandalism. The vandalism and thefts happen approximately twice per month, leading to massive business losses, disrupted routines and loss of income.

Moreover, taking consideration that the whole country has a single-power supplier, mostly depending on hydroelectric power, and ineffective customer service, the power outage can last for days.”

According to the Kenya Power Company Limited (KPLC), our region has incurred them 11million Kenyan shillings (approximately $140,000) in the last six months. Within the last five years, the company has lost close to Ksh 1.7 billion ($24 million) in replacement costs and lost sales due to vandalism.

In some regions near my town, the vandalism and theft are as frequent as six transformers in a single week, especially in areas near educational institutions and town centers.” 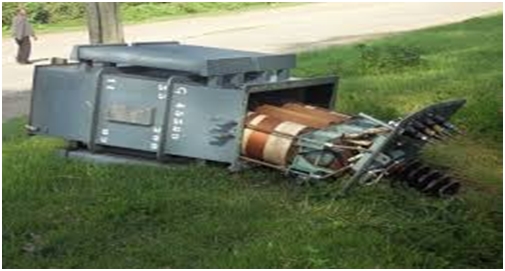 Fig1: vandalized transformer in one of the towns

Factors that stimulate theft and vandalism

There are several reasons attributed to the escalating cases of loss. They include the following:

“In response to the problems, the company has come up with some noble and not so noble solutions to the problem. For starters, even in our town, the first attempt at deterring vandals was nothing close to professional. The technicians by-passed the fuses, such that even after removing the fuse, the system would remain energized. Well, this did lead to a number of electrocutions and severe burns, and vandalism reduced for a few weeks before the vandals appraised themselves on the measures.

Another attempt was to relocate the transfers near ‘safe’ areas such as inside police compounds and homesteads. To curb vandalism, they then resorted to welding the transfers in place. This however proved to be a problem, especially during regular maintenance and replacement schedules.”

“Luckily, after widespread outcry to solve the numerous outages in the country, KPLC took it upon themselves to adopt more noble solutions to the vandalism and theft. They include the following:

“From the highlighted information, it is evident that the vandalism is a recurring headache in our region. The solutions, especially the not-so noble ones, do work in scaring away the culprits. However, the current high poverty levels, and the general notion that the transformers and utility systems are government property, rather than installations to help us out, still fuels the vice.

Nevertheless, with time, innovative solutions, and ample community awareness programs, the power supplier should be able to minimize the vandalism to manageable levels, if not completely quash it.”

Thank you for reading my testimony. Do you have the same problem in your country?